Vectors: The notion of vector and vector space 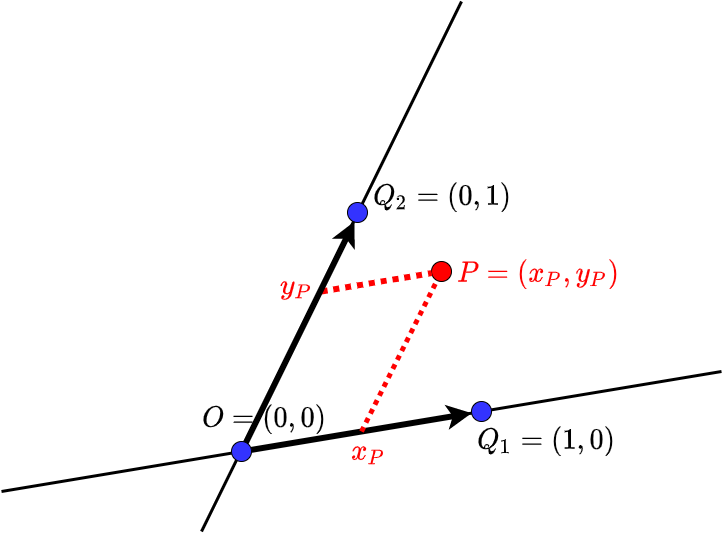 Cartesian coordinate system In a Cartesian coordinate system, the coordinate axes are mutually perpendicular to each other and the concept of length along both axes is chosen to be the same. In the figure below, the two unit vectors are drawn in blue and red. The points in the plane with integer coordinates together form a grid. In the figure below the grid lines are also drawn so that you get graph paper (the turquoise colouring is only there for decoration). 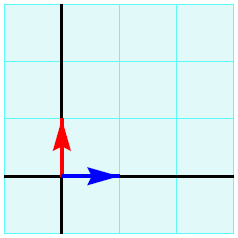 See the figure below. 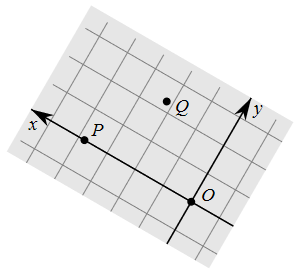